The passenger-only ferry between Langdale, Gambier Island and Keats Island is operated by Kona Winds Charters Ltd, funded in part by the Province of British Columbia through BC Ferries. 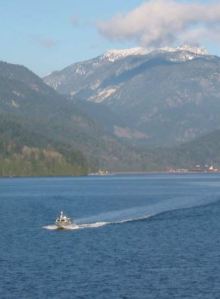